Chris here. I should have shared this here a while ago, but since starting work as the Historian Laureate I’ve been asked a lot about Shareable Neighbourhood. Folks who were part of the group know this story. But the short version is that Shareable Neighbourhood has now wrapped up. Here’s the long version of what I had to say about it back on October 4, 2015:

So it’ll be easier to type this online than it was to say it all teary-eyed on Friday night.

When I started Shareable Neighbourhood in 2012, it was literally just me and a clipboard and a dream to encourage the folks in my community to feel like they could make it a better place. It has been so, so humbling to watch it grow over the last three years. And now it feels like it’s culminated, and it’s bittersweet, but mostly I just feel proud of what we’ve done.

There were always two objectives, running on parallel tracks. One got to ride above ground, and that was the mission to get people to share something they knew about Old Strathcona and Mill Creek through walks and workshops. The one that rode mostly silently underneath was to build up people’s confidence that they actually did know enough to have a voice in its direction, and build up the network and infrastructure so that they felt confident seizing opportunities to do something about all these issues they were passionate about, like urban agriculture and climate change.

That manifested first in walks about backyard gardens and foraging in Mill Creek and the history of streetcars in the area. And eventually it felt like we had the volunteer strength, experience, and passion to pursue a project together. That led us to create the Old Strathcona Greening Project, getting composters and rain barrels out and giving people the tools to make them work in their own home, and building a living wall together at Roots on Whyte. It was a really long process, but it was so gratifying to see the relationships people built, and to hear about the first time they got to water their gardens from a rain barrel, and to see kids and seniors getting dirt on their hands and building that wall of plants together.

So now that we’ve completed that project together, it feels like the right time to move on. We’ve decided that Shareable Neighbourhood is, at least officially, wrapped up. But there have been so many volunteers working together behind the scenes over the last few years, hand-drawing our plants of the river valley guide, trucking rain barrels all over the neighbourhood, and poring over tree guides together. Those connections feel like a solid legacy to leave behind. And I’m sure they will manifest in new projects together down the road.

The other thing I’m proud of is that by sticking to a grassroots model of basically being a group of friends who care about the neighbourhood, we proved that you don’t need permission to make something happen. You don’t need a degree or a politician or even a grant to get started. When you see a need, you can look to the people around you and do something about it.

I love Old Strathcona. I love the artists and writers who make this place so rich to be in. I love walking through Mill Creek Ravine and looking for the overwintering birds and edible burdock plants we learned about. I love the spirit of the people who ask about each other’s gardens, swap zucchinis, and take care of each other. I am so proud to have been a part of an organization that has made it a little greener and a little more tightly woven together.

The Facebook group will stay up as a place to gather online.

I look forward to seeing everybody around the neighbourhood. 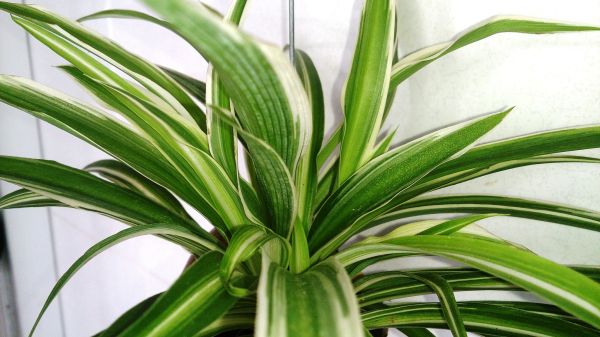 Shareable Neighbourhood caught up with Eric Gibson, co-owner of Axis Mundi Artistry, the living art company we will collaborate with for the living wall project at Roots on Whyte on August 30.

Eric and his partner Sara Gies founded Axis Mundi Artistry in 2012. Sara was a horticulturalist at the University of Alberta and Eric worked at the Muttart Conservatory. They started out by doing photography and making jewellery; they then transitioned to plants. They found their own unique niche by creating living art from their own plant collection and when business grew, they found quality wholesalers in Burnaby to help them meet the demand. “Everyone wants a plant and to be close to nature,” Eric says. Axis Mundi is a concept that means “tree of life” and a connection to the cosmos, personified by a captivating image of the universe on their website.

Shareable Neighbourhood and Axis Mundi Artistry: a connection meant to be

Eric and Chris went to the same high school but didn’t know each other. Jaya, one of our volunteers, visited the Old Strathcona Farmer’s Market and saw Eric and Sara’s creations. Inspired by their designs, Jaya suggested we collaborate. This resulted in a visit to see Eric’s living wall work at the Muttart Conservatory. The rest, as they say, is history.

The design process: one year, three possibilities, the final choice

Shareable Neighbourhood and Axis Mundi Artistry went through three iterations of the design over one year; the woolly pocket was too messy, the pouch was too small, and the plastic cell seemed to be the cleanest and lowest-maintenance option for the long term.

The project will have 90 plants, each in an inverted cell, set in a 5 x 3 foot wall with a rustic cedar frame. Eric will build three swaths set on an angle. Each swath will contain one type of plant: spider plants, pothos vines and prayer plants, each adding their own textures and colours. Grouping the plants avoids patchy areas and creates a more artistic effect.

Choosing the right plants: why you don’t send a fern to do a spider plant’s job

Eric and Sara chose tropical plants for the Roots on Whyte living wall. Tropical plants work best in a vertical setting because they tend to cascade and grow low, unlike ferns, which need plenty of moisture or dracenas that stretch upward towards the light. Tropicals also grow fast and are great for cleaning the air. The chosen plants will thrive in the building’s lower-lighted environment.

The Roots on Whyte Wall will only need watering once a week, using a passive watering system that uses gravity to draw the water from the top to the bottom of the wall, taking salts and plant waste with it. A reservoir collects the waste water to be discarded. Commercial living walls are much more complex, requiring built-in irrigation systems that viewers can’t see.

What we get to learn about during Sunday’s workshop

We’ll have a hands-on experience creating a living wall together. Everyone gets to place a plant into the Roots on Whyte living wall. Axis Mundi Artistry will talk us through the process of building a living wall and give us handouts to take home.

Where to go to see Axis Mundi Artistry’s living art

To see some of Eric and Sara’s best work, visit the Old Strathcona Farmer’s Market from 9-3 on Saturdays. They also visit other markets and venues; check out their Twitter feed and their Facebook page for locations and times. They’ll also be at the Muttart Conservatory giving ongoing workshops. 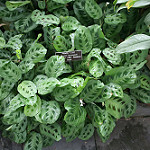 So you’ve seen the living wall at the airport – a mosaic of lush green plants. And you’ve always wondered how to make one. Well, wonder no more. The last event of our Old Strathcona Greening Project is building a living wall together!

Come join in a free workshop to plant a living wall together inside Old Strathcona’s Roots on Whyte community building. The workshop will be led by Axis Mundi Artistry, local makers of beautiful terrariums, necklaces, and other art made out of living plants.

This workshop is the culmination of a year-long project led by Shareable Neighbourhood volunteers to empower residents to be active participants in making our neighbourhood a little greener. With the support of the City of Edmonton and Rotary Club of Edmonton Whyte Avenue, we decided to teach people how to install compost bins, rain barrels, and indoor living walls. With this living wall, we’ll be improving indoor air quality and teaching you how to make your own building a little greener!

Come have fun getting your hands a little dirty with us and build a lasting piece of green art together.

This venue is wheelchair accessible, as are the bathrooms.

At long last, we are ready to introduce you to our neighbourhood’s new composting and rain barreling heroes. Come adventure with us on a special two night tour to meet the participants in our Old Strathcona Greening Project and learn tips on composting and saving rain water in your own home.

Kids and pets welcome. Look for the yellow butterfly net.
Come on one or both tours!

Over the last year, Shareable Neighbourhood volunteers have been designing a project that will empower residents to be active participants in making our neighbourhood a little greener. With the support of the City of Edmonton and Rotary Club of Edmonton Whyte Avenue, we decided to teach people how to install compost bins, rain barrels, and indoor living walls.

This summer, over 20 residents and community organizations have signed up to become rain barrel Water Warriors and composting Mulch Masters. We gave them workshops and tools to set them up, and now they’re ready to share what they know.

Come learn how you too can be a Water Warrior or Mulch Master, and get to know Old Strathcona and Mill Creek a little better!

This project has been generously supported by a grant from the City of Edmonton’s Neighbourhood Action Program. And save the date on August 30 for our living wall workshop at Roots on Whyte. 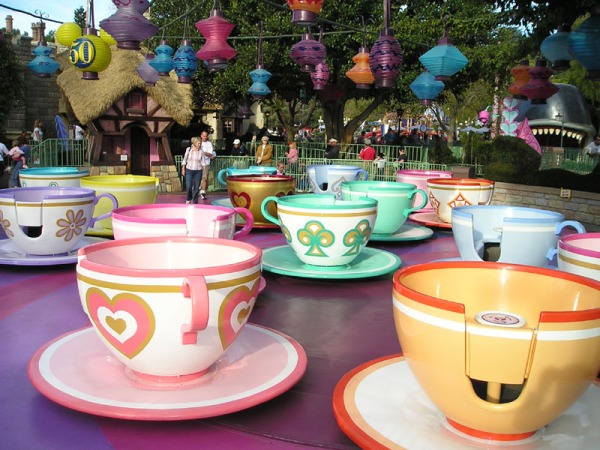 We all want to get to know the people in those houses we pass by all the time, and each other! And what better fosters neighbourly goodness than tea?!
On Saturday, April 25, from 11-1 PM, come join us as we go house to house having tea with Old Strathcona residents!
Unfortunately, houses, unlike Hermione’s magic bag, do not have an infinite amount of room, so spots are limited! Please RSVP at shareablen@gmail.com by April 23. We’ll send you the address for our first stop closer to the date.
And we have room to add another host to the tour, so let us know if you’d like to open your home to meet some new neighbours. We’ll bring the tea and snackerels.
Hope to see you there! 🙂

Keavy addresses a crowd of participants

Edmonton seems like a very new place, but the truth is that it has been a meeting place for thousands of years. What does it mean to belong to this place, for both Aboriginal and settler peoples? What do the treaties say about our relationship to one another – in the past and present?

Local enthusiast Keavy Martin led a walk through the river valley introducing us to Aboriginal history on this land, the development of the treaties, and rights and responsibilities to each other that Treaty 6 gives us all as relations on this land.